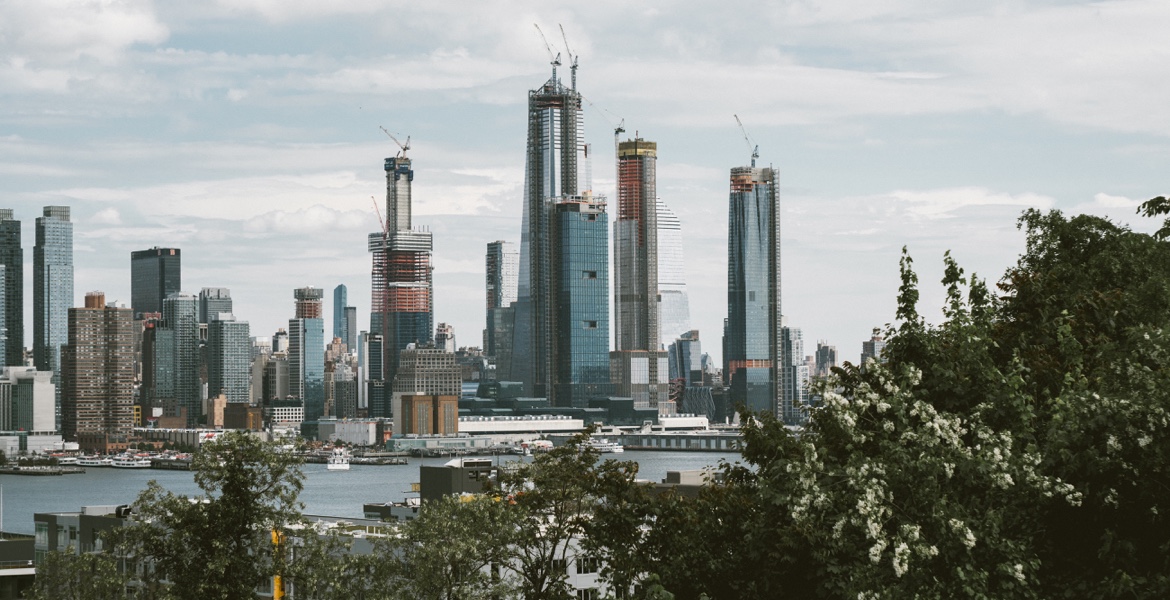 A Mix for All Types

Regardless of the region, mixed-use is still the trend to watch.
While other parts of the country are just catching on to the mixed-use development craze, things seem to be cooling off in the Northeast after years of leading the trend. Still, there are plenty of mixed-use projects coming out of the ground all over the region, and Northeast Real Estate Business has caught up with the developers of a few of these projects to see why mixed-use is a trend that is not going away anytime soon.

Hudson Yards
In the heart of Midtown Manhattan, New York City, The city’s Metropolitan Transit Authority recently reached an agreement with Related Companies and Goldman Sachs that will transform the air space above John D. Caemmerer Rail Yard into an expansive mixed-use development. Known as Hudson Yards, the project will encompass a 26-acre site located north of 30th Street and west of 10th Avenue.

“What we’re planning is New York’s next great neighborhood. It’s going to be a mixture of residences, offices, hotels and retail — really creating one vibrant street life,” says Joanna Rose, vice president of corporate communications and public affairs for Related Companies, which is serving as development partner for the project, with Goldman Sachs acting as financial partner.

While the project is still in the very early planning stages, current plans call for approximately 5,000 for-sale and rental residential units, including the use of some rental units for affordable housing. The project will also contain 5 million square feet of commercial space, and approximately 1 million square feet of retail and hotel space. Additional civic components include a cultural facility, a PS/IS school, and 15 acres of public space that includes a 9-acre park in the center of the project. Additionally, the famed High Line park project will pass right through Hudson Yards.

“We believe the High Line is a tremendous civic amenity, and it is incredibly exciting,” Rose says. “The northern part of the High Line encircles the entire project, and we have created incredible connectivity between the High Line park and the development. We think that it is going to be a really energizing and unique feature.”

The commitment to green space extends beyond Hudson Yards and into the surrounding neighborhood. The project’s western end merges with the city’s existing Hudson River Park, providing even more green space, in addition to the project’s 15 acres. Related currently plans on pursuing LEED certification for the entire project, but details are still being worked out.

Even more impressive than the project’s scope is the construction necessary just to make it happen. Since the rail yard will continue functioning during and after construction, it is necessary to build a platform above the rail yard for Hudson Yards to sit atop. This platform alone is estimated to cost $1 billion and will take approximately 18 months to complete once groundbreaking occurs. This means that a completion date for the entire project could come as early as the beginning of the next decade.

“This is an incredibly unique and historic opportunity to redevelop 26 acres right in the center of Midtown,” Rose says. “It’s really a once-in-a-lifetime opportunity, and we’re incredibly excited about the idea of transforming an entire district and creating a new neighborhood with so much accessibility.”

“The Cabela’s store has become the fourth most productive store in the chain out of 28 stores just by where we are now, after 90 days of being open,” says Gene Beaudoin, a partner with Feldco Development Corporation, the developer of The Gateway at Scarborough.

The project’s retail component contains an additional 80,000 square feet of small-shop space, half of which is already open and half that will open by Thanksgiving. Across Payne Road is a 40-acre parcel that Feldco will develop into an office campus and hotel as Phase II of the project. There is some flexibility to how much office product the parcel will contain at full build-out, but Beaudoin estimates that it will be somewhere between 225,000 and 300,000 square feet. The company is also still deciding on a flag for the hotel.

What is known is the anchor for the office component. Fairchild Semiconductor is relocating its East Coast headquarters to 90,000 square feet inside the campus. Completion is scheduled for fall 2009; the hotel is also slated for a 2009 completion date. Additionally, Feldco is in talks with an adjacent landowner about acquiring a parcel for a potential Phase III. Construction plans as of now could include more office space and another hotel, which would be built in 2010. Beaudoin also notes that Phases II and III of the project will seek LEED certification from the U.S. Green Building Council.

While Scarborough is a relatively small town of 20,000, Beaudoin is confident that having a retail anchor tenant such as Cabela’s will help the center gain notoriety throughout the state and beyond.

Cira Centre South
In what is known as the University City corridor of Philadelphia, a project is under development that seeks to take advantage of the area’s multiple transportation options. Cira Centre South consists of a three-building complex that will contain a mix of office, hotel and retail uses. The first and tallest of the three buildings will contain approximately 800,000 square feet of office space. The project is in close proximity to the campuses of four universities — The University of Pennsylvania, Drexel University, Lincoln University and The University of the Sciences — a fact that Steve Rush, director of leasing for Brandywine Realty Trust, hopes will attract potential office tenants.

“This is one of the top areas in the country for medical academic research,” Rush says. “Some of the institutions here are leading the way in nanotechnology research. It has close to $1 billion worth of research grant funding coming into the area, and about $680 million of that is NIH [National Institute of Health] grants. So there’s a tremendous amount of investment, just from an R&D, grant-making standpoint.”

The second building in the project will consist of a parking garage that will also contain the project’s 15,000 square feet of retail space, as well as a nearly 1-acre green roof. The green space will serve to help stormwater management, as well as provide an amenity for tenants and visitors.

The third building will contain an as-of-yet unnamed hotel, with the potential to include some boutique office space. The project is still in the design and pre-leasing phases, but the parking garage will most likely break ground in the fourth quarter of this year, with delivery expected in the third quarter of 2010. The office tower will break ground upon sufficient pre-leasing. The real strength of the project, though, lies in its proximity to a variety of transportation options, especially rail service.

“This is one of the best examples in the country — maybe the best example in the country — of transit-oriented development,” Rush says. “It is really the center of public transit for the whole mid-Atlantic area. You have AMTRAK converging with the regional rail system, SEPTA, [which is] the second or third largest commuter rail system in the country.” Rush adds that almost 1,000 trains per day stop here, and two major arterial highways converge in the area, as well.

When one looks at the ideal location of Cira Centre South, as well as the fact that it is located with a Keystone Opportunity Improvement Zone — which provides aggressive tax incentives for companies locating within the area — it is easy to see that Cira Centre South should be off the ground in no time.